Organising for energy democracy in the face of austerity

In 2012, citizens from Highland Park, Michigan came together to form Soulardarity in response to the repossession of over 1,000 streetlights from their city. Their goal is to organise for community-owned solar street lights, energy production and equitable development. Since its formation, Soulardarity has installed seven solar streetlights and deployed over US$ 30,000 worth of solar technology in Highland Park and the surrounding communities through the PowerUP bulk purchasing programme. The group has also organised advocacy at the city and state levels for regulation, policy and local political leadership to support community ownership, transparency and environmental responsibility.

Soulardarity also advocates for a Community Ownership Power Administration (COPA) as part of the growing call in the United States for a Green New Deal to tackle climate change, economic inequality and racial injustice. 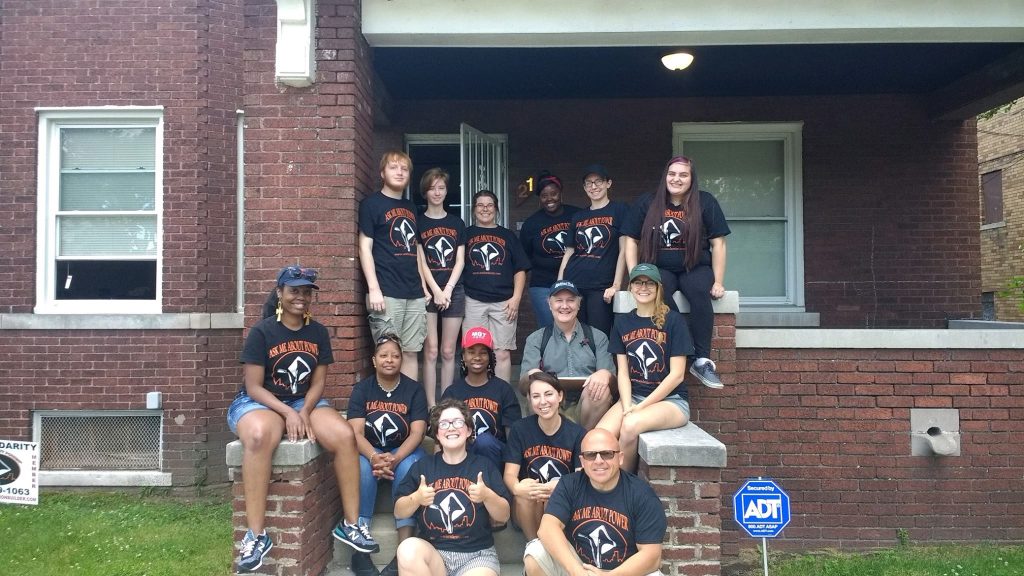 The history of highland park

Highland Park is an 8-square-kilometre city within the larger metropolis of Detroit. Founded in the early 1900s, it primarily known for auto tycoon Henry Ford and the Model T plant that was previously located here. It was also the world headquarters of another high profile automotive employer, Chrysler. Lesser known is its history as a hub of white supremacist activity in the 1930s, facilitated by Ford’s own racist and antisemitic efforts to create a white supremacist company town.

Over the course of the 20th century, the city’s demographics shifted from majority white to majority black, and for a brief period Highland Park was a centre of black affluence. However, the loss of first Ford and later Chrysler drove a tremendous downturn in population and economic stability. By the early 2000s, Highland Park was one of many majority black cities across Michigan struggling against austerity, state-mandated anti-democratic practices like emergency management, and the loss of public control over major assets like the water department and public school system.

In 2011, DTE Energy, the investor-owned monopoly utility that controls southeast Michigan’s energy infrastructure, repossessed over 1,000 streetlights from Highland Park to ameliorate a debt of $4 million in unpaid electric bills accumulated over many years. To put this in context, the city’s debt to the utility was still significantly less than what DTE’s CEO, Gerard Anderson, took home in compensation that year: $5.4 million

Despite this being only one of a long series of atrocious assaults on Highland Park’s citizens, the repossession was publicly known and provided fertile ground for organising. It was in this context that Soulardarity was born.

The repossession prompted Highland Park residents to organise their own solar street lights. But it also forced the community to reckon with deeper questions about how DTE has treated residents. A 2017 survey of 70 Highland Park households conducted by Soulardarity found that close to half of those polled had trouble paying their electrical bills. A quarter had experienced gas or electricity shutoffs, the majority of which took place during Michigan’s cold winter months. Nonetheless, DTE has proposed additional extensive rate hikes in order to generate money that goes in large part to maintain their current coal plants, to build new fossil fuel facilities, and to pay their CEOs millions.

Vision of collective ownership to disrupt racism and capitalism

We see white supremacy and capitalism as entwined root causes that drive the impacts felt on the ground. Leadership development and education in black and working class communities is critical for building power and restoring democracy and self-determination where they have been stripped away.

The investor-owned monopoly utility system directly uses the power of the state and legal system to guarantee profits. However, there is strong contemporary evidence that locally-grounded struggles for collective ownership can disrupt these systems and lead to structural change. For example, the large investor-owned utility Xcel Energy recently announced its move to 100% clean energy ­– in large part due to the municipalisation efforts of communities and progressive politicians in Colorado (Boulder and Colorado Pueblo) and Minnesota (Minneapolis) to bring energy utilities back into local public control.

In line with the broader conditions of austerity, infrastructure failure, and anti-democratic policies, DTE Energy has consistently leveraged its social, political and economic capital to resist all efforts towards the localised ownership of clean energy. A regular contender for the state’s largest political contributor, DTE uses a combination of campaign contributions and subsidiary lobbying groups to fight legislation supporting renewable energy, especially when it falls outside utility ownership.

The utility’s filings with the Michigan Public Service Commission in 2018 indicate a desire to replace its aging coal fleet with methane gas plants, to reduce payouts to non-utility solar producers, and to use ratepayer money to fund its investments in gas pipelines. Finally, DTE Energy uses strategic philanthropy and its monopoly status to exert power over local governments when advancing infrastructure projects of all sizes and scales.

Despite this regressive and unfriendly environment, there are major opportunities for clean energy in the state. A coalition of cities in southeast Michigan, which includes the Detroit metropolitan area, successfully fought for improvements in LED street lighting rates, and the newest wave of regressive rate increases by DTE Energy creates good conditions for building movements for public and cooperative ownership of power production. 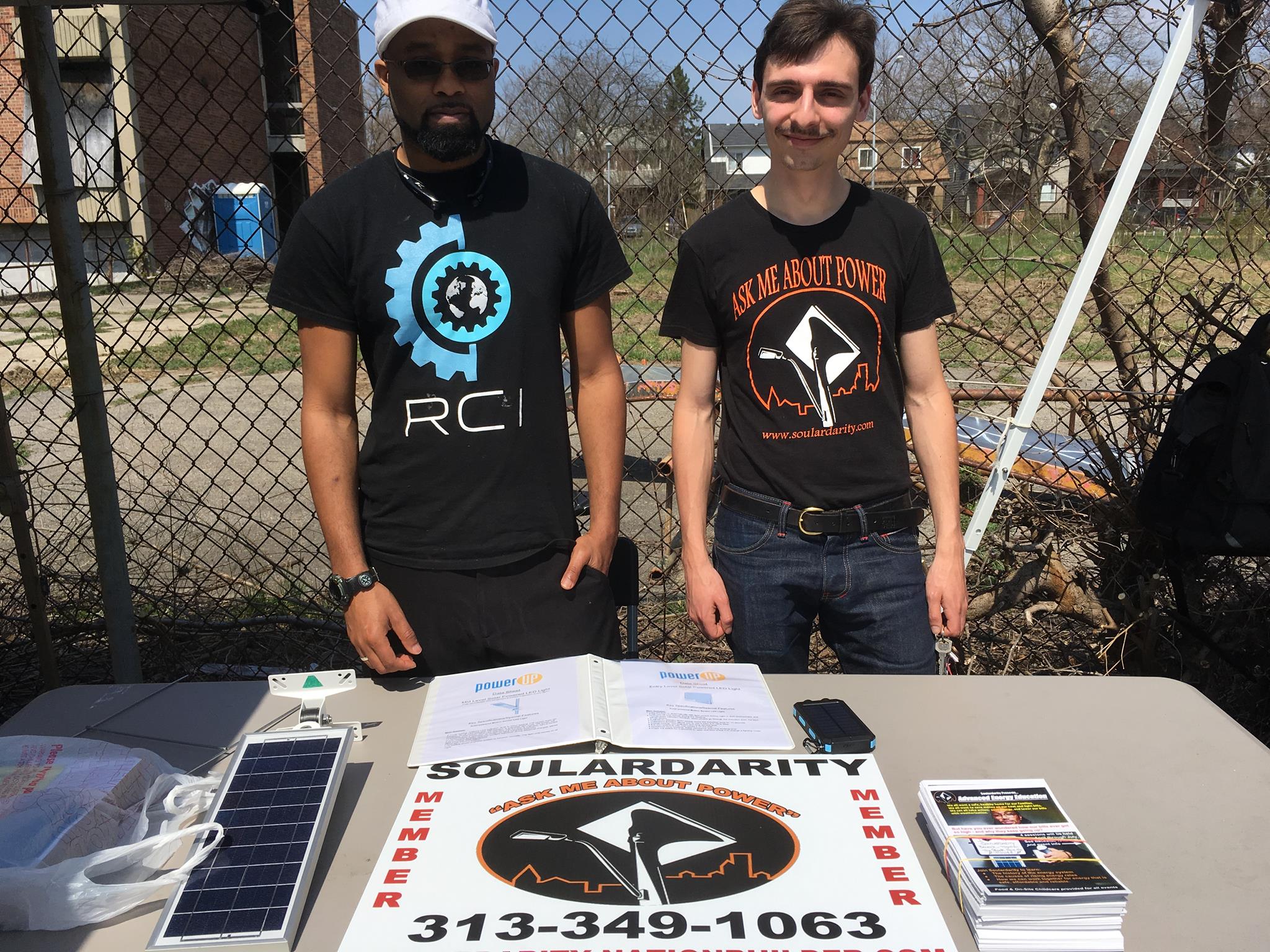 Tabling with Ali at Sink Or Swim! via https://www.facebook.com/Soulardarity/

Soulardarity’s aim is to build energy democracy in Highland Park and the neighbouring communities through education, organising and the development of energy infrastructure.

Soulardarity is a democratic, community-governed membership organisation. Our nine-member board is member-elected and is required to have a majority of Highland Park members. Not only is this structural form of democracy core to the project, but it is critically bolstered by a culture of member leadership and vision. Any Soulardarity programme or project is developed and driven in response to member needs and priorities. A few of our core programme areas include:

• Highland Park Campaign: Initially focused just on solar street lighting, our Highland Park Campaign team now seeks to make the city a global model for sustainability and democracy. This includes organising for local policy change and developing clean energy. Our proposal to the city government for solar street lighting can be found at www.ourpowerandlight.com. We will soon release a Blueprint for Energy Democracy, a guidebook for action and building political will between the city and its residents.
• PowerUP: A programme to expand equitable access to solar and build economic unity through the bulk purchasing of solar lighting, emergency power and other products. Since 2016, we have deployed $30,000 worth of solar throughout Highland Park and Detroit, and initiated the process of forming a member-owned energy cooperative.
• Energy Education: We conduct ongoing education with the community, movement partners and our membership on a wide variety of topics: from the basics of home energy management and cost savings to the political and economic history of the utility system, and from local to state energy issues.
• Work For Me, DTE!: A campaign to challenge the public authority and legal entitlement of our local investor-owned utility monopoly, DTE Energy, on rate hikes, poor service, racist practices and investment in dirty energy. This campaign includes community organising, movement building and legal intervention with the Public Service Commission.
• Membership & Governance: We practice deep democracy, leadership development, community self-governance and collective determination as critical steps in the success of our overall mission. 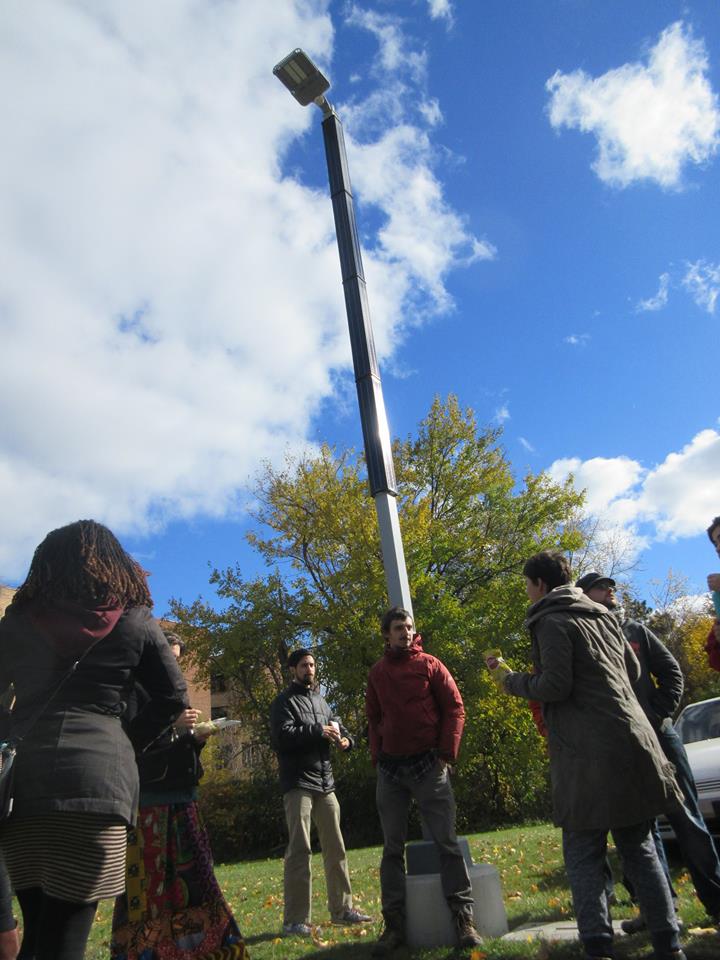 As part of the growing call for a Green New Deal to tackle climate change, economic inequality and racial injustice, Soulardarity advocates for implementing a Community Ownership Power Administration (COPA). We believe that we need a system-wide transformation of the energy system, which would include new democratically-owned renewable grids. Such a transformation is not unprecedented.

With the Rural Electrification Act of 1936, Roosevelt launched the Rural Electrification Administration (REA) as a way to jumpstart rural electrification by providing long-term, patient capital in the form of low to no interest loans. Originally, these loans were offered to for-profit utilities, but the utilities deemed REA projects unprofitable and rejected the loans. Farmers and rural communities, however, applied in huge numbers to start electric cooperatives, public power districts and municipal utilities in order to bring electricity to their areas. Within a decade of opening up the programme, rural areas went from having little or no electricity to more than 90 percent electrification, spurring the faster growth of rural economies. Nearly all of the loans were fully repaid and the ultimate cost to the taxpayer was low. REA is now considered as one of the most successful of the New Deal agencies.

COPA is a financing and technical capacity programme similar to the first New Deal’s REA. The administration would provide a catalytic tool for a new energy system based on local, community benefit. Municipalities, counties, states and sovereign tribal nations could gain the necessary legal authority along with access to a suite of patient financing and funding mechanisms — including low to no interest loans, grants and other incentives — that would enable them to terminate their contracts with investor-owned utilities, buy back the energy grid to form a public or cooperative utility, and invest in a resilient, renewable system.

The funds could also be used by community utilities to invest in vibrant local economies. Working with community members, the utilities could build or spur projects in energy efficiency, grid resiliency, shared solar and electrification, and provide affordable energy rates, good jobs and access to community-based enterprise along the way.

This approach could increase buy-in from organised labour, as well. Unions have historically pushed back on renewable energy developments since utility and fossil fuel companies have typically had union representation, while renewable energy companies to date have largely not been unionised. The public sector’s higher rate of unionisation — about five times above that of private sector workers — could increase unions’ trust that a publicly-owned utility would secure labour agreements with fair wages and good working conditions throughout their operations and contracted work.

Soulardarity envisions a world in which thriving local communities are powered by clean energy. These communities will have the self-determination to protect natural resources and human well-being, and will collaborate to this end. We believe that all of this can be achieved if communities like Highland Park lead the way. Any solution to racism and capitalism must also address the climate problem and vice versa. We believe that our work brings insight and vision at that intersection, and this could not be more critically needed at this moment in natural and human history.