Is Bigger Best in Renewable Energy?

Introduction: The Savings of Size?

For nearly a century, it’s been considered conventional wisdom that larger-scale power generation means lower-cost electricity. This wisdom is built on two basic theories of economies of scale.

Published by Institute for Local Self-Reliance

First, there’s the simple fact that larger volume components of power plants provide more usable space than the related materials costs. This simple illustration explains. The box on the left has a volume of 1x1x1 = 1 cubic foot. To assemble the box, you need 6 square pieces of material, each with an area of 1, for a total of 6 square feet. The box on the right has a volume of 2x2x2 = 8 cubic feet. The larger box can be assembled of 6 square pieces, each with an area of 2×2 = 4 square feet, for a total of 24 square feet. We’ve increase the volume of our container 8-fold, with only a 4-fold increase in material costs. 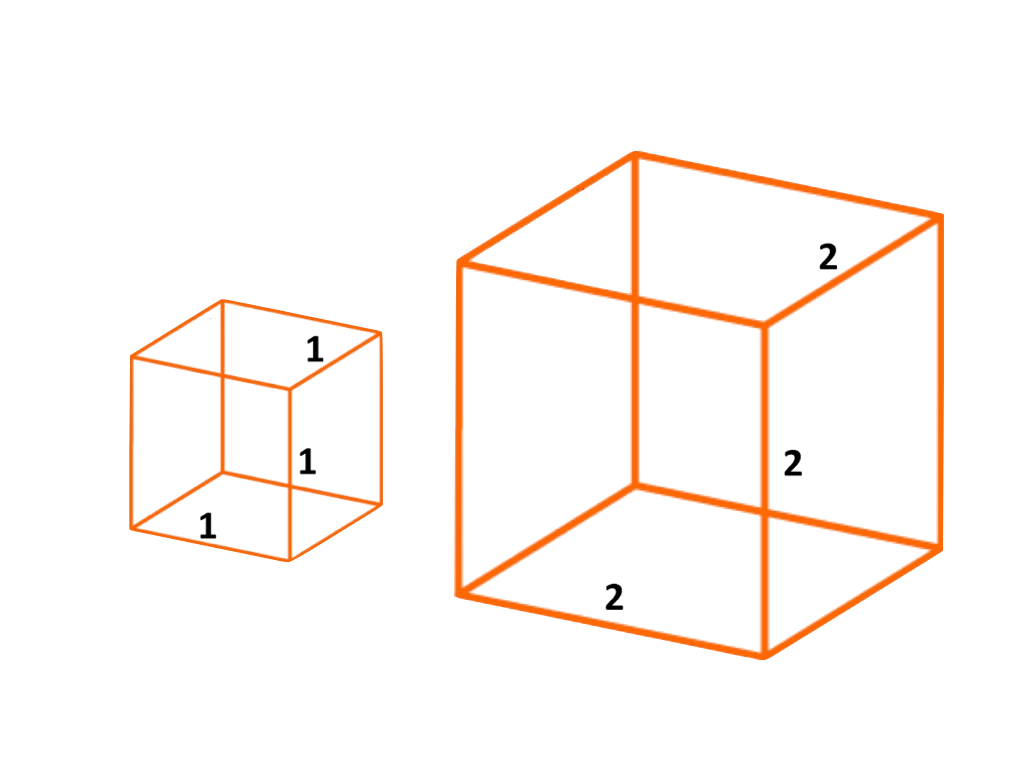 As power plants became bigger in the first half of the 20th century, they captures this economy of scale in materials.

The second basic theory is that the average cost of a product decreases the more you make of it. This takes into account the scale economies in material costs (in building the factories), but also the notion that some overhead costs (such as annual registration fees, insurance, etc) are fixed or grow more slowly than the total output of a business.

Both of these theories were well supported by data in the early years of electricity generation in the 1900s, with coal, oil, and then nuclear power plants producing lower cost power from larger sized plants. The advantage to size also lent credence to the conventional wisdom of monopoly utilities. Big power plants required large amounts of capital, and capital markets offered lower interest rates to companies that did not have the risk of competition for their ever­-larger power plants.

But after decades of success, the “bigger-is­-better” mantra stopped generating returns on investment, nearly 50 years ago. In super­-large fossil fuel power plants, specialized equipment required excessively high temperatures and special materials that were more expensive than the marginal gains in efficiency. This graphic, from a book called Power Loss, illustrates the plateauing of power plant efficiency in the mid­1960s, as challenges in operating giant power plants offset their economies of scale. 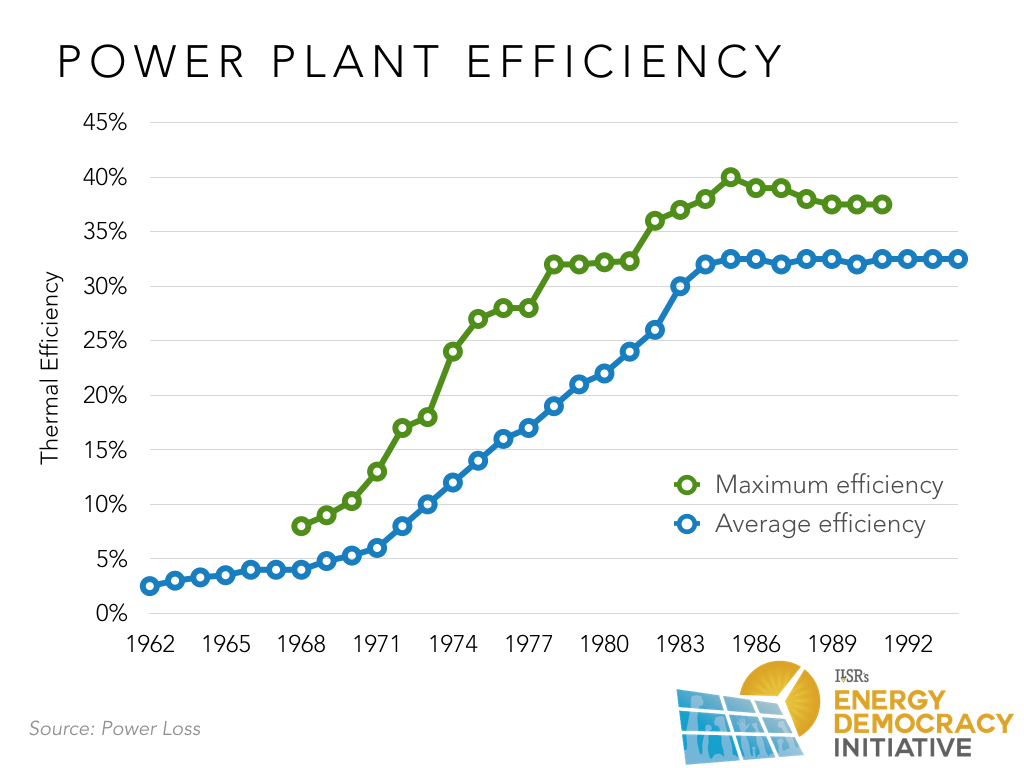 The plateau in plant efficiency from technical challenges was accompanied by a leveling off in the cost reductions of building bigger. Bigger power plants, evidence suggested, incurred higher indirect costs, such as much longer construction time. In the 1970s in particular, high inflation and other factors made up as much as 60% of a power plant’s cost, and made delay costly.

The whole report can be read here.